Importing productions with load files into CaseMap from GoldFynch Print

When you import productions to the software CaseMap (developed by LexisNexis) using load files, it is possible for the values in the load file to cause issues with the import process. Here are some of the issues, as well as solutions to work around them:

Most operating systems use either forward or backslashes to separate the directories that make up a file's path. Windows uses backslashes for example: "C:\Documents and Settings\Admin\Documents\Production_1\DATA\VOL001.csv," whereas Linux and OS X use forward slashes.

(Learn more about this here, though an understanding of it is not required to deal with these issues)

NOTE: By default, the file paths in load files that GoldFynch generates use backslashes. 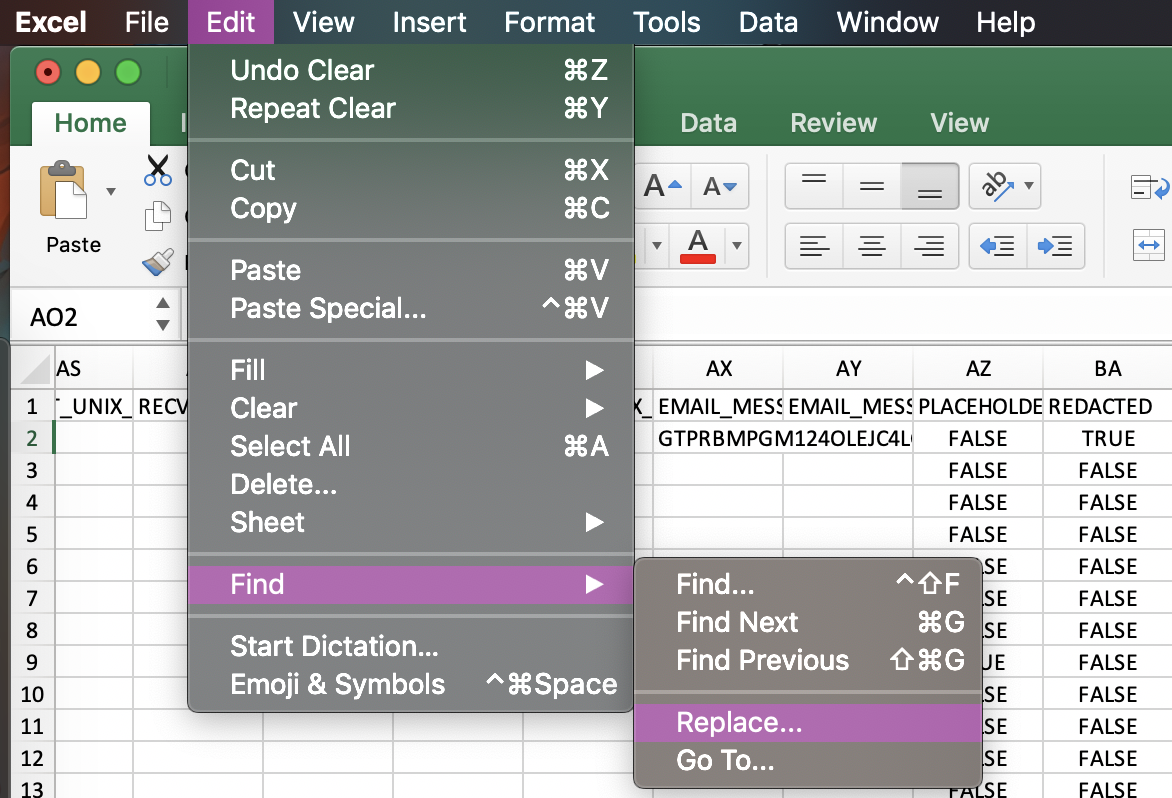 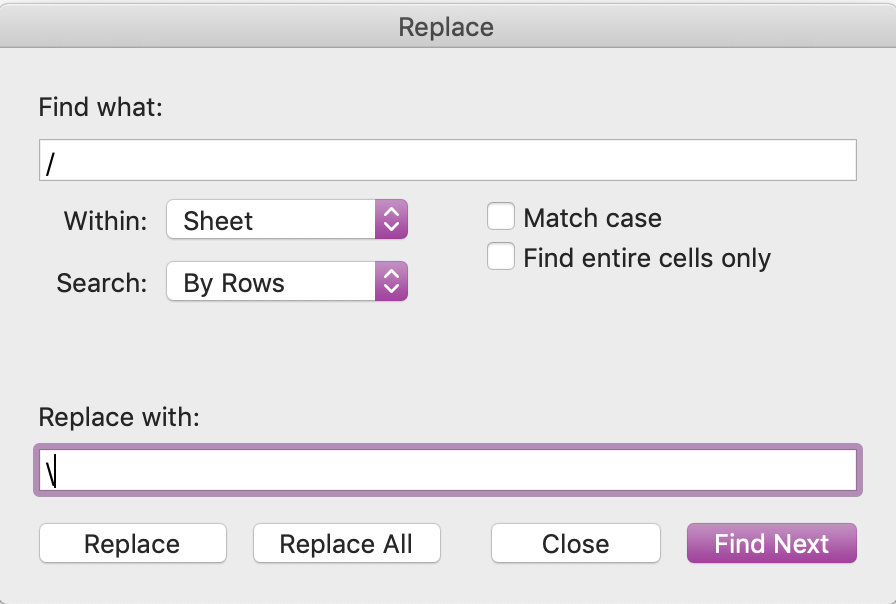 Step 6. Upload your production, including your load file, as you otherwise would.

Another potential issue is triggered by having commas and quotation marks in the values a load file's entries (especially in the case of .csv load files.) The fastest way to work around this issue is to either replace or remove such symbols in the content of the load file.

So open the file in a program like Microsoft Excel or Google Sheets, then run a 'Replace All' command as described above, but skipping Step 2 so that the command will run across the whole sheet, not just in selected columns. To remove a character instead of replacing it, leave the 'Replace with:' field empty.

NOTE: Make sure you only replace these symbols in the values of the load file and not in its raw code. For example, .csv files use commas in their raw code to demarcate where a piece of information ends and the next begins, and use pairs of quotation marks to denote strings of text. So running the command in a program like Notepad (which gives you access to the raw data of the file) will leave the file unusable.

If you are unable to replace the characters, get in touch with CaseMap support.