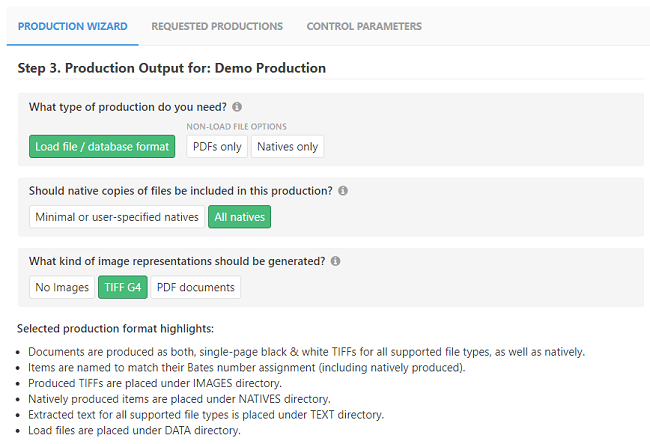 Selecting a format will give you more information about it

Production formats without load files are:

Things to note about productions in general:

Production formats with load files are:

Things to note about productions with load files:

The data parameters in the load files can be customized, or you can use GoldFynch's defaults (with all available parameters, or the minimum number of parameters.) To learn more about customizing a load file's parameters, read this article.

You can also download only the production load file without having to download the entire production. Learn how to do so here.